On January 1, 2007, I got a wild hair and sent out an email announcing the founding of The African American Playwrights Exchange.

I don't know what I expected; honestly, I thought to myself; "A year from now, I will have heard from 20 wannabes and two students."

[ What is really amazing is that in NYC we have done over a dozen readings with virtually 0 funding and most of them, thanks to our friend, Lilianne Klein, at the very prestigious Players Club.

The best example of what we have been able to achieve is Hershell Norwood's BILLIE'S BLUES. This was our first Players Club reading.

BILLIE'S BLUES went from that reading to The Downtown Urban Theatre Festival on Cherry Lane, to an attempt at an Off Broadway production - thanks to the courage of T. Bankole - which, as so often happens, defaulted for financial reasons…

…Now, thanks to Charlie Rule, another AAPEX member, there have just been two more festival readings and further development is taking place in Portland, Oregon. ]

The first New Yorkers to join up were Dr. Henry Miller - recognized as one of the foremost African American theatre scholars - and the enigmatic Owa, absurdist extraordinare.

By June, the number had grown to 70 writers and by the beginning of 2008 I had heard from about 150 writers nation wide.

It is no coincidence that the impetus for this organization came out of Nashville, Tennessee.

Since the 1950's, Nashville has been perceived as the capitol of country music, which, with the exception of Charley Pride, has been, without a doubt, the most Caucasian branch of the entertainment industry in the US. Most folks probably think that Nashville's moniker, Music City USA, comes out of this country music era.

This became very clear in 2006, when four of Nashville's black theatre companies accidentally booked their shows back to back in Nashville's "home-base" theatre, The Darkhorse. Once Mary McCallum, Shawn Whitsell, Eugenia Sweeney and Candy Robbins saw this, they teamed up to found the SHADES OF BLACK THEATRE FESTIVAL, which celebrated its fourth year in 2010.

Always looking for a dramaturgical challenge, I offered to do some voluntary script scouting for Eugenia Sweeney's company COLLARDS AND CAVIAR. Another email out into Cyberspace returned a very interesting response - every single reply I got included the words "Thank you for taking in interest in new works by African American playwrights." It was literally this, pretty much word for word, every time.

Sensing that there was a niche that needed to be filled, on January 1, 2007, I sent out another arrow in to Cyberspace and, as per the beginning of this piece, three days later I found that I had started an organization.

The most interesting thing to happen next was what was to happen in NYC.

In August 2007 AAPEX presented a reading of pieces by Owa and George Broome, directed by dramaturg Roweena McKay at a dance studio somewhere in the West 30's.

The next thing I knew, March 2008, we had produced a staged reading of Hershell Norwood's BILLIE'S BLUES at The Players Club. With no money.

The next thing to happen was another Players Club event - thanks to our awesome friend, Player's Club member Liliane Klein -  a reading of Nathan Ross Freeman's HANNAH ELIAS directed by Passion and starring Leilani Bryant, from the Broadway cast of THE COLOR PURPLE, as the cosmic Enchantress, Hannah Elias.

Thanks to my Pastor, Doug Sanders, who got me there and came with me to see what all this "new play reading" business was about, I was in the audience which sat through a 2 & 1/2 hour play reading in 99% heat with no air conditioning TRANSFIXED!

Afterwards there was not one word said about the heat.

On the opposite end of the temperature spectrum, in Feb. 2010 I went up for the SECOND New York reading of Merrill Jones' MRS. STREETER at The Dramatists' Guild:

Everyone dug their way through the snow to get there, and I got stuck in the city for three days because even Greyhound wouldn't send a bus out on those roads. But the reading was packed, weather not withstanding.

Meanwhile, down in Miami, AAPEX member - founding member - Dave Copeland was creating the AAPEX blog, which has become an encyclopedia of African American playwrights and theatre companies. africanamericanplaywrightsexchange.blogspot.com

HANNAH ELIAS also played a huge role back here in Nashville, when we presented excerpts from the play as part of our first Black History Month at Vanderbilt. That and MADAM, the Madam C J Walker musical by Adriana Rogers which seems to be getting produced in Atlanta for Black History Month 2011. 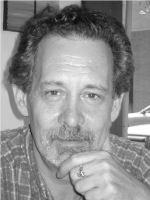 Come to Nashville and Go to the Theatre.!

That brings us back to Nashville and OUR actors.

And for that, you'll just have to