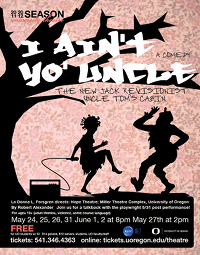 I Ain’t Yo’ Uncle explores America’s racial past through the lens of one of the most influential texts ever written: Harriet Beecher Stowe’s novel “Uncle Tom’s Cabin.” In this witty self-reflective drama that blends 19th century melodrama and 1990s hip hop culture, Alexander brings Stowe’s characters to life so that they may deconstruct stereotypes of African Americans and write their own history. With George acting as judge, Tom, Eliza, Cassy, and Topsy put Stowe on trial for her misrepresentation of the enslaved South and by doing so, challenge audiences to also question how historical stereotypes of African Americans continue to persist today. 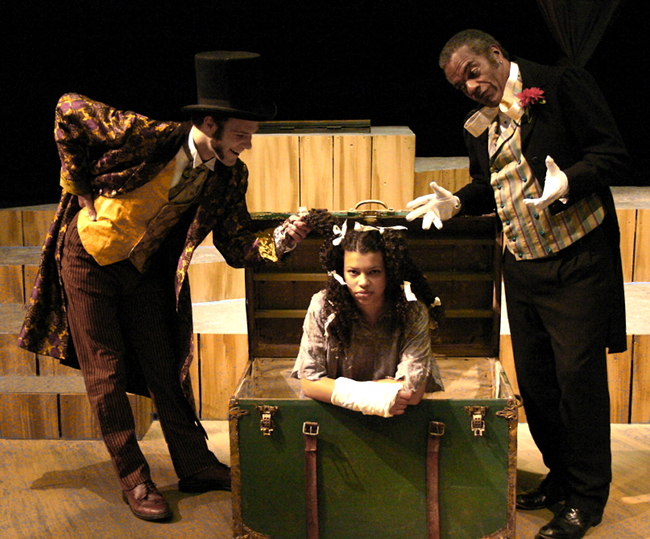 A scene from the play [ view more images ]